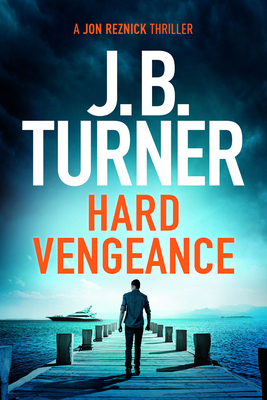 This is book number 9 in the Jon Reznick Thriller series.

When the people he loves most are in danger, Jon Reznick will get revenge...or die trying.

When black-ops specialist Jon Reznick receives a voice mail from FBI assistant director Martha Meyerstein, hoping to explore their relationship outside of the federal government, Jon starts to imagine a new future, one where he can leave his past behind. But an unhinged killer with a grudge has other plans. He's setting a trap for Reznick, one he knows the operative won't be able to resist.

In a picturesque fishing village on the Mediterranean coast, a luxury yacht has gone up in flames. Was it a terrible accident or something much more sinister? Jon Reznick must travel overseas, to find out what's happened to Martha and seek revenge on the psychopath who has put Reznick's entire future in jeopardy.

Jon will need all the help he can get to bring him to justice. Fresh out of Quantico, Reznick's daughter, Lauren, joins him against his wishes, along with hacker Trevelle Williams. But government operatives from across the globe have descended on this quiet vacation destination and will stop at nothing to prevent the truth from coming out.