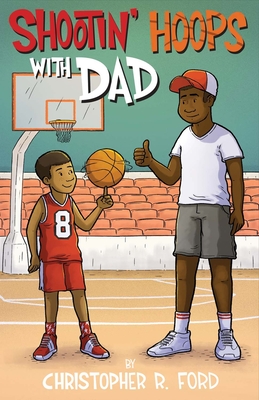 This is book number 2 in the With Dad series.

After a successful move to a new town, making new friends, and having the best baseball season of his life, Ronnie Williams is back! And this time he's taking on a new sport, basketball. It won't be easy though and many challenges are ahead of him. But after his dad teaches him a "magic" shot, he's ready to hit the hardwood and show what he's got! It's not easy but Ronnie makes the team but things only get tougher. He goes through ups and downs and has to deal with bullies and not playing every game. But thanks to his dad and his friends, he sticks with it and eventually gets his time to shine. Will he become the hero? He's got a shot, a magic shot at that, so he's just gotta take it!
Author Christopher R. Ford has worked in the entertainment field and has been writing for over 10 years. He works as a blogger and has written multiple scripts for TV and film and multiple books. He is also an avid reader and his main goal is to be a creator of positive content including the "...With Dad" series of children's books.