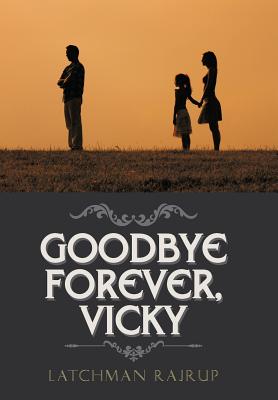 
Usually Ships in 1-5 Days
Sometimes the choices we make in life can shatter our hopes and dreams, leaving us in a painfully empty world. Goodbye Forever, Vicky tells the story of a young undergraduate whose hasty decision sets his life on a tail-spin. When Vicky said goodbye to his first love to pursue his studies, he never dreamed that a simple misunderstanding will shake the foundation of the love they painstakingly built together, and cause him to seek consolation in the welcoming arms of another woman, and into a new world of marriage. An unemployed undergraduate, a live-in son-in-law, a domineering mother-in-law, a hen-pecked father-in-law and a wife who childishly listens to her mother make the best concoction for conflicts and taunts, trials and tribulations, and eventual divorce. After his harrowing marriage ordeal ends, will Vicky turn to his first love? Will she forgive him? Or will he continue to sink in his lonely world?
Latchman was born and grew up in Guyana. He graduated in Economics from the University of Guyana, worked as a High School teacher, and Economist in the Guyana Public Service. He was the Research Associate and Co-author of The Impact of the Brain Drain on Development: A case-study of Guyana, published in Kuala Lumpur, Malaysia, 1981. He lives in New York City with his wife and two daughters. He likes to travel, listen to true stories and watch movies based on family life. Most of all, he loves to spend quality time with his family. Goodbye Forever, Vicky is the fulfilment of his lifelong dream.