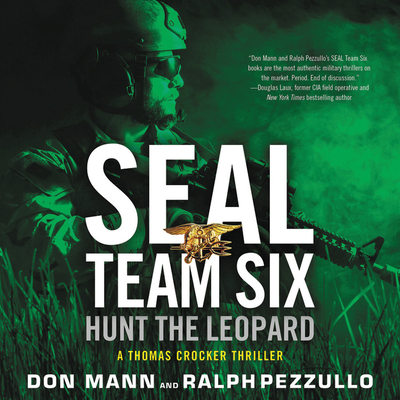 Thomas Crocker's SEAL Team Six crew deploys to the Nigerian jungle to combat arms and human trafficking by Boko Haram, in Don Mann and Ralph Pezzullo's latest fiercely authentic military thriller. The charismatic Boko Haram leader Ratty Festus, also known as the Leopard, has been terrorizing drought-ridden northeastern Nigeria: raiding villages, blowing up government buildings, and kidnapping schoolgirls. When Thomas Crocker and his Black Cell team, who are in the country on a special training mission, hear about a possible arms-for-schoolgirls exchange between Boko Haram and a Russian arms dealer on the Cameroon border, they convince a Nigerian Special Forces unit to join them in trying to stop it. The operation quickly goes south, with a deadly helicopter crash and an ambush. They can't manage to save all of the girls, even with assistance from a quick-thinking group of British private-security contractors.A week later, the Leopard seizes control of a $500-million dollar Gulf Oil natural gas plant, demanding a $50-million dollar ransom and safe passage out of the compound. Crocker has just 24 hours to plan and execute a high-risk, low-probability, mission to rescue all eighty innocent hostages--including two of his own who are trapped with the civilians.