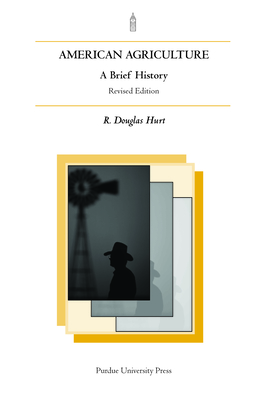 R. Douglas Hurt's brief history of American agriculture, from the prehistoric period through the twentieth century, is written for anyone coming to this subject for the first time. American Agriculture is a story of considerable achievement and success, but it is also a story of greed, racism, and violence. Hurt offers a provocative look at a history that has been shaped by the best and worst of human nature. Here is the background essential for understanding the complexity of American agricultural history, from the transition to commercial agriculture during the colonial period to the failure of government policy following World War II.

Complete with maps, drawings, and over seventy splendid photographs, this revised edition closes with an examination of the troubled landscape at the turn of the twenty-first century. It also provides a ready reference to the economic, social, political, scientific, and technological changes that have most affected farming in America and the contributions of African Americans, Native Americans, and women. This survey will serve as a text for courses in the history of American agriculture and rural studies as well as a supplementary text for economic history and rural sociology courses.

R. Douglas Hurt was Professor and Director of the Graduate Program in Agricultural History and Rural Studies at Iowa State University in Ames and is now Head of the History Department at Purdue University. He is the author or editor of numerous books, including African American Life in the Rural South, 1900-1950 and Agriculture and Slavery in Missouri's Little Dixie.