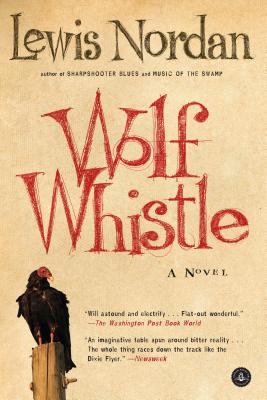 ALA Notable Book; 1994 Mississippi Writers Award for Fiction; 1994 Southern Book Critics Circle Award for Fiction. In WOLF WHISTLE, Lewis Nordan unleashes the hellhounds of his prodigious imagination on one of the most notorious racial killings of the century, the Emmett Till murder. Soon we're on a magical mystery tour of the Southern psyche of the mid-1950s and the dawning of guilt and recognition in a whole generation of white Southerners. "An immense and wall-shattering display of talent. WOLF WHISTLE will help usher Lewis Nordan into the Hall of Fame of American Letters."--Randall Kenan, The Nation.