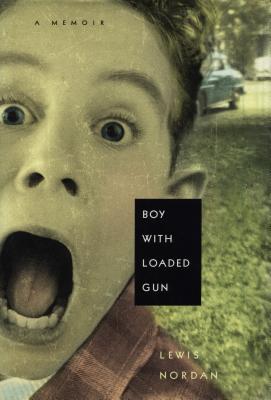 By Lewis Nordan
Email or call for price
Out of Print - This Title is Unlikely to be Available.

Lewis Nordan is famous for his special vision of the Mississippi Delta. His characters, for whom the closest-though hopelessly inadequate-description might be "eccentrics," share the stage with swamp elves and midgets living in the backyard. His fiction is unlike anybody else's and is as dark, hilarious, and affecting as any ever written.

It's also writing that lays bare the agony of adolescence and plows, as the Cleveland Plain Dealer once put it, "the fields of puzzling wonder that precede the responsibilities and disappointments of adulthood."

What bred and fed Nordan's imagination, his originality, his indefatigable sense of humor? The answers aren't obvious. But now that Lewis Nordan produces, directs, and stars in his own story, we just might find out.

Nordan's mother was widowed when he was a baby, and she went back to her home town to remarry and raise her only son "Buddy." Itta Bena, Mississippi, was a prototypical fifties Delta town, so drowsy that even before puberty, Nordan had made his escape plans. What happened next was pretty typical-a stint in the Navy, college in Mississippi, very early marriage, young fatherhood, alcoholism, infidelities, broken hearts. But in Nordan's hands, the typical turns into the transcendent and, at the heart of things, there is always the irrepressible laughter.

Horrible things and horribly funny things happen in Boy with Loaded Gun, but it's that heart that leads us through Lewis Nordan's dark tunnel and back into the light.