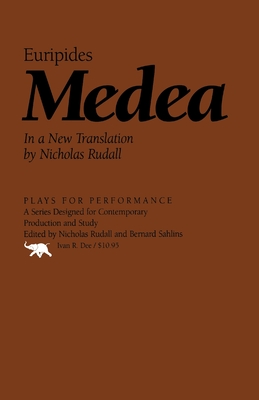 
Usually Ships in 1-5 Days
Medea, whose magical powers helped Jason and the Argonauts take the Golden Fleece, remains one the strongest female characters ever to appear on stage. In the play she kills her own children--a desperate and powerful act. Nicholas Rudall's deft translation for contemporary audiences provides new insight into this classic story.
The Plays for Performance series is edited by Nicholas Rudall, former artistic director of the Court Theatre at the University of Chicago where he is professor of classics, and Bernard Sahlins, founder and director of the Second City. They both live in Chicago, Illinois.