What's Faith Got to Do with It?: Black Bodies/Christian Souls (Paperback) 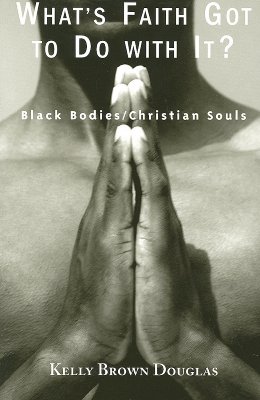 What's Faith Got to Do with It?: Black Bodies/Christian Souls (Paperback)


Usually Ships in 1-5 Days
This book was inspired by a challenge from one of Douglas's students: "How could you, a black woman, possibly be a Christian?" Reflection on the historical sins of Christians, particularly the role of white Christians in countenancing the lynching of African Americans, led her to broader questions: What is it about Christianity that could lend itself to racism and its violent abuses? What is it about Christianity that has allowed it to be both a bane and a blessing for black people? Douglas examines the various "distortions" in early Christianity--particularly the influence of platonic dualism, with its denigration of the body, and the alliance with imperial power. She shows how this later helped support white racism, just as it later fed homophobia and other distortions in the black church. Nevertheless, she ends by sharing an inspiring account of her own Christian faith, and why she is still a Christian.