Tanks: An Illustrated History of Their Impact (Weapons and Warfare) (Hardcover) 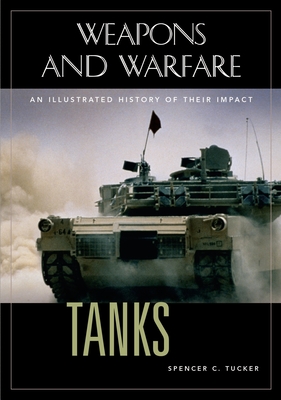 Tanks: An Illustrated History of the Their Impact follows the development of tracked-and-armored fighting vehicles across the 20th century, from the world wars to the Cold War battlefields of Korea and Vietnam; and from Arab-Israeli conflicts to the Persian Gulf. The book describes the distinctive characteristics and capabilities of each new generation of tank, as well as the formulation of armored doctrines and deployment strategies in France, Britain, Germany, the Soviet Union, the United States, Japan, Israel, and the Arab nations.

It is an expert introduction to how the role of the tank has changed over time, a story of technological innovation, strategic daring, desperate battles (Stalingrad, Kursk), and charismatic commanders like Erwin Rommel and George S. Patton (who defeated Rommel's division by following a plan from the Desert Fox's own book).

Spencer C. Tucker, PhD, is senior fellow in military history for ABC-CLIO and the author or editor of more than 40 books and encyclopedias, many of which have been recognized by awards.