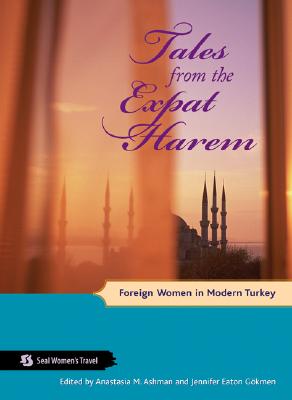 As the Western world struggles to comprehend the paradoxes of modern Turkey, Tales from the Expat Harem reveals its most personal nuances. This illuminating anthology provides a window into the country from the perspective of thirty-two expatriates from seven different nations-artists, entrepreneurs, Peace Corps volunteers, archaeologists, missionaries, and others-who established lives in Turkey for work, love, or adventure.

Through narrative essays covering the last four decades, these diverse women unveil the mystique of the "Orient,” describe religious conflict, embrace cultural discovery, and maneuver familial traditions, customs, and responsibilities. Poignant, humorous, and transcendent, the essays take readers to weddings and workplaces, down cobbled Byzantine streets, into boisterous bazaars along the Silk Road, and deep into the feminine stronghold of steamy Ottoman bathhouses. The outcome is a stunning collection of voices from women suspended between two homes as they redefine their identities and reshape their worldviews.

ANASTASIA M. ASHMAN is a career essayist specializing in personal tales of cultural adventure. She has spent ten years working for literary agents and producers of film, television, and Broadway theater. She has been published in Cornucopia, a magazine for connoisseurs of Turkey, Dow Jones’ Far Eastern Economic Review, The Asian Wall Street Journal, and The Village Voice. Born and raised in Berkeley, California, she holds a degree in Classical Greek, Roman, and Near Eastern Archaeology from Bryn Mawr, and lives in Istanbul with her husband, Burc Sahinoglu.

JENNIFER EATON GOKMEN is a writer captivated by the people and customs of Turkey, her home for the past decade. For the past six years Ms. Gokmen has served as International Coordinator for the Kadikoy Municipality Annual Folkdance Festival showcasing two hundred ethnic dancers and musicians each summer. A native of Michigan, she holds a degree in Creative Writing and American and English Literature from Western Michigan University. She has been a regular contributor to the monthly city guide Time Out Istanbul. She lives with her husband, Bilgehan, in Istanbul.