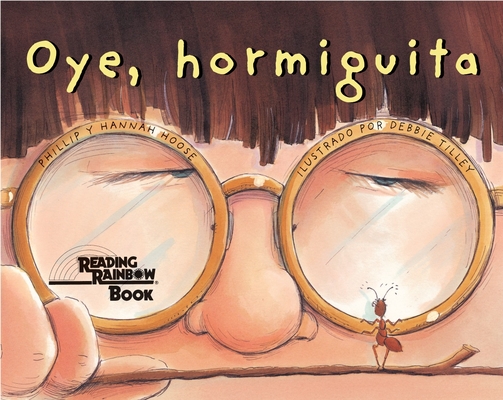 
Email or call for price.
The Spanish translation of bestseller HEY, LITTLE ANT is now available in paperback.
HANNAH HOOSE is an actress, dancer, keyboardist, and student in Portland, Maine. Now a student at Oberlin College, Hannah was nine when she and her father wrote the song "Hey, Little Ant."
PHILLIP HOOSE is the author of six books, including the Christopher Award–winning It’s Our World, Too! and We Were There Too: Young People in U.S. History, nominated for the 2001 National Book Award. He is a founding member of the Children’s Music Network and a guitar player in The Hoose Family band.
A clever conversation in rhyme between a boy and an ant . . . becomes a metaphor for accepting differences in others. This Spanish translation . . . is about as good as it gets. -Cr?¨ticas