Of Ashes and Dust (Hardcover) 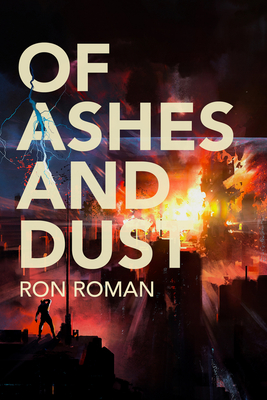 Of Ashes and Dust (Hardcover)


Usually Ships in 1-5 Days
At the time of the Millennium three people struggle for survival in a small New Hampshire town as the world spins into chaos, not realizing that each harbors secrets that will eventually pit them against one another. The story evolves from the U.S. Government’s earlier two classified secret projects during the Vietnam War (the USAF’s revelation about UFOs and Project Sixty-Seven). Of Ashes and Dust  is a no-punches-pulled apocalyptic tale of mesmerizing intrigue and gut-retching survival told as an alternate-history thriller during the Last Days of a global Armageddon, culminating in a totally unexpected and explosive ending.
Associate Professor of English, ESL, and Humanities Ron Roman has taught with the University of Maryland Global Campus (UMGC- Asia) since 1996. He retired from full-time employment and later as an adjunct during the COVID-19 crisis. His hobbies include jogging, hiking, camping, weightlifting, roller-coasters, and his beloved 1968 Rambler American antique auto, for which he received Third Prize in the Hemmings (Motor News) National Antique Auto Show in Bennington, Vermont shortly before returning overseas. He has written extensive travel, academic, and political articles for regional and national publications. He studied writing (both fiction and creative) for his third graduate degree (Humanities) from Wesleyan University. Currently, he resides in South Korea, where he writes and has acted in numerous Korean TV dramas and motion pictures, like Operation Chromite, portraying Admiral Forrest Sherman opposite Liam Neeson as General Douglas MacArthur.