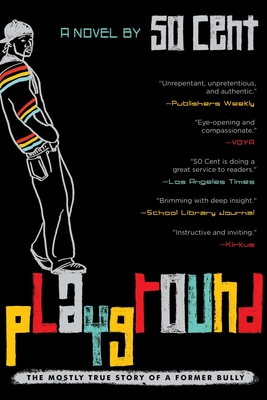 Thirteen-year-old Butterball takes readers on a journey through the moments that made him into the playground bully he is today. Loosely inspired by 50 Cent's own adolescence and written with his teenage son in mind, Playground received wide critical praise--and is now poised to become a perennial classic.
Curtis Jackson III (aka 50 Cent) is an internationally successful hip-hop star, actor, writer, and entrepreneur. He rose to fame with the release of his albums Get Rich or Die Tryin' and The Massacre. He is the author of the bestselling books From Pieces to Weight and The 50th Law.

Lizzi Akana is an award-winning animator and designer. She graduated with honors from the Rhode Island School of Design and has since gone on to create artwork and animated content for television, film, advertising, and print. She lives in Brooklyn, New York.