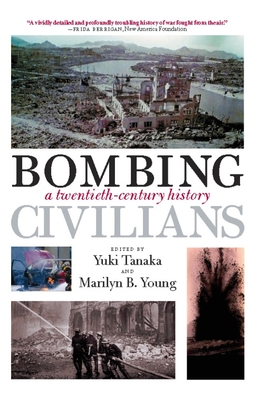 Bombing Civilians examines a crucial question: why did military planning in the early twentieth century shift its focus from bombing military targets to bombing civilians? From the British bombing of Iraq in the early 1920s to the most recent policies in Kosovo, Afghanistan, Iraq, and Lebanon, Bombing Civilians analyzes in detail the history of indiscriminate bombing, examining the fundamental questions of how this theory justifying mass killing originated and why it was employed as a compelling military strategy for decades, both before and since the bombing of Hiroshima and Nagasaki.

Yuki Tanaka is a research professor at Hiroshima Peace Institute of Hiroshima City University and a coordinator of the Asia-Pacific Journal. He is a co-editor, with Marilyn B. Young, of Bombing Civilians: A Twentieth-Century History (The New Press). Marilyn B. Young was a professor of history at New York University. She was a co-editor (with Lloyd C. Gardner) of The New American Empire: A 21st Century Teach-In on U.S. Foreign Policy and Iraq and the Lessons of Vietnam: Or, How Not to Learn from the Past and (with Yuki Tanaka) of Bombing Civilians: A Twentieth-Century History, all published by The New Press.