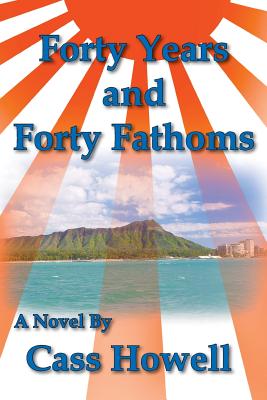 Jared Scott: Some love him and some hate him. Unfortunately, there's a lot more in the second group than the first. There's the traitor, Trazer, whose ear Jared shot off in Viet Nam; Korbler, his incompetent CIA boss; and of course there's the three gals from the Honolulu First Baptist Church choir he got pregnant-he left them all holding the (diaper) bag. But the hate that hurts the most is from his mother, who has never forgiven him for killing his brother, albeit accidently. Throw in some PTSD and manic-depressive tendencies and you've got a candidate for Loser of the Year. Actually, Loser of the Decade.

Enter Lori, a beautiful young woman with a big heart and bad judgment. She thinks he can be "fixed," if she loves him enough, a prospect that terrifies Jared almost as much as Trazer's quest for revenge. In fact, Jared is mentally lacing up his emotional escape track shoes when the unbelievable happens-Lori's father inexplicably shoots to death a Japanese tourist. Bad enough under any circumstances, but her father also happens to be the newly elected Governor of Hawaii.

Lori's biting challenge to Jared's run-away mentality brings out the best in him as he reluctantly plunges into a dark underworld of white slavery, war crimes and a secret so shocking it will change history if exposed. Set in 1980 Honolulu, Forty Years and Forty Fathoms is a mystery thriller about a man's redemption and a woman's utter sacrifice of her honor.

Cass Howell is a retired Marine officer and the son of a Pearl Harbor survivor. His doctorate is from the University of Southern California and he is currently a Professor of Aeronautical Science at the Daytona Campus of Embry-Riddle Aeronautical University. Besides cruising coast-to-coast by motorcycle, he holds an aviation world speed record for a closed course and in 2006, he summited Mt. Kilimanjaro, in Tanzania, Africa.