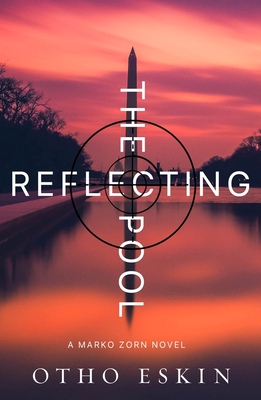 Murder leads to the White House

Marko Zorn, a Washington, D.C. homicide detective with expensive tastes in art, classic cars, and women, must take on extra work—not always strictly legal, often unorthodox and usually dangerous—to supplement his income—work which requires his special combination of skill and steel nerves. Although he’s adept at navigating the corridors of law enforcement and the world of criminal gangs, he’d prefer to stay home and watch old movies, enjoy his art collection, and listen to cool jazz.

When Zorn discovers the body of a Secret Service agent—a supposed drowning victim—it leads him to a domestic terrorist group with tentacles in the White House—a White House that does not want this death investigated. As the demands of his professional life escalate, Zorn’s alternate career heats up, placing him in the middle of competing D.C. crime bosses feuding over a shipment of illegal arms—making Zorn the hunted and the hunter. He needs to avoid becoming the victim as he navigates the twin forces of evil closing in on him from his legitimate job—facing down political power—and his secret side job.

Perfect for Grisham and Patterson fans

Otho Eskin is a lawyer and a former member of the United States Foreign Service. He is active in the Washington theater scene and a playwright whose work has appeared in New York, Washington, D.C., and Europe. The Reflecting Pool is his debut novel. He lives in Washington, D.C.

“Rough and ragged as the world it so vividly creates, The Reflecting Pool crackles with twists and turns, making for a fun and heady combination of suspense and intrigue.” —Steve Berry, New York Times best-selling author

“The Reflecting Pool is a mystery-thriller constructed along classic lines. In unorthodox homicide detective Marko Zorn, Otho Eskin has created the best crime hero this side of Michael Connelly's Harry Bosch and the result is a slam-dunk success. Woven from the fabric of masters like Ross McDonald and Robert Crais, this riveting page-turner is never afraid to cut its own cloth to terrific results.” —Jon Land, USA Today best-selling author

“The Reflecting Pool by Otho Eskin is the best crime thriller I've read in years, and homicide Detective Marko Zorn is a character I'd like to have a beer with—so long as he's on my side. Bravo!” —John Gilstrap, New York Times best-selling author

“An authentically nail-biting thriller—it's Robert B. Parker meets David Baldacci in this fast-paced page-turner. Otho Eskin has created such a brilliant character in his Marko Zorn: wise and eloquent, witty, and surprising. And quietly, heartbreakingly, brave. This chilling political thriller is wonderfully textured with a high-stakes emotional drama—and I could not turn the pages fast enough. Head Shot is instantly cinematic—and completely entertaining!” —Hank Phillippi Ryan, USA Today best-selling author

“Readers will look forward to seeing more of Zorn, a distinctive lead with his dry humor, clipped dialogue, and rogue tendencies. Eskin is off to a good start.” —Publishers Weekly

“The Reflecting Pool has the kind of unexpected plot twists and turns that keeps the reader's riveted attention from beginning to end.” —Midwest Book Review

“Filled with witty personalities and shady power players, The Reflecting Pool is a fast-paced D. C. murder mystery where the stakes and suspense reach monumental heights.” —The Foreign Service Journal