Touring the Land of the Dead (and Ninety-Nine Kisses) (Paperback) 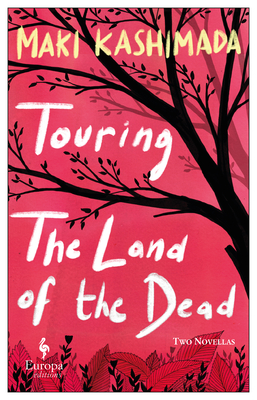 From one of Japan's rising literary stars, two mesmerizing novellas told with stylistic inventiveness and breathtaking sensitivity about memory, loss, and love.

Touring the Land of the Dead tells the story of Taichi, who was forced to stop working almost a decade ago and since then he and his wife Natsuko have been getting by on her part-time wages. But Natsuko is a woman accustomed to hardship. When her own family's fortune dried up for years during her childhood, she, her brother, and her mother lived a surreal hand-to-mouth existence shaped by her mother's refusal to accept their new station in life.

One day, Natsuko sees an ad for a spa and recognizes the place as the former luxury hotel that Natsuko's grandfather had taken her mother to when she was little. She decides to take her damaged husband to the spa, despite the cost, but their time there triggers hard but ultimately redemptive memories relating to the complicated history of her family and a reconciliation with her husband.

Modeled on The Makioka Sisters, Junichiro Tanizaki's classic story, Ninety-Nine Kisses portrays in touching and lyrical fashion the lives of the four unmarried sisters in a historical, close-knit neighborhood of contemporary Tokyo. An atmospheric and captivating tail of siblings and women's lives.

Maki Kashimada's first novel Two won the 1998 Bungei Prize. Since then, she has established herself as a writer of literary fiction and become known for her avant-garde style. In 2005 she received the Mishima Yukio Prize for Love at 6,000 Degrees Celsius, a novel set in Nagasaki and based on Hiroshima mon amour by Marguerite Duras, and in 2007 she took the Noma Prize for New Writers for Picardy Third. She was nominated three times for the Akutagawa Prize before ultimately garnering the award in 2012 with Touring the Land of the Dead. One of her best-known works is The Kingdom of Zero (2009), which reworks Dostoevsky's The Idiot into the tale of a saintly idiot in Japan. She has been a follower of the Japanese Orthodox Church since high school and was married to a member of its clergy.