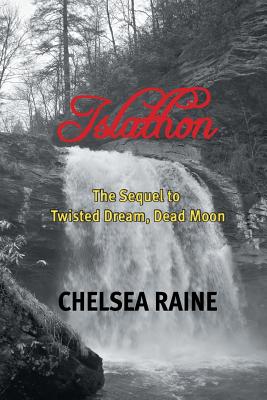 Islathon is the second book of the "Twisted Dream, Dead Moon" series, the continuation of a story about Isla Michelle Van Burren, a twenty-one-year-old creative hairstylist finally living for the first time with an unusual thirst for life.Isla's wrapped in debauchery that tears at her flesh and heart as she falls apart and watches her own life slip away. There's nothing she can say or do to stop the torture she must endure. Isla pushes the dark clouds away and is enlightened by the silver lining of a new world and a mission on which she must embark.She's finally living, all because of her undying love for Johnathon Daine, a beautiful, goodhearted man, who happens to be a vampire with a conscience. Isla wants to give him her life, her heart, her soul, and her blood. But he won't succumb to his thirst. He would spare Isla the pain of becoming what he is. Isla would do anything to become a vampire and be with him forever.Born in San Antonio, Texas, Chelsea Raine currently resides in Virginia. "I have always been fascinated with vampires and the mysterious magnetism that the bloodthirsty fiends have on me and others. Vampires are the phenomenon of the world. I decided to start writing my own. My 'Twisted Dream, Dead Moon' series began."Publisher's website: http: //sbpra.com/ChelseaRaine