The Mystery In The Forest (Large Print / Paperback) 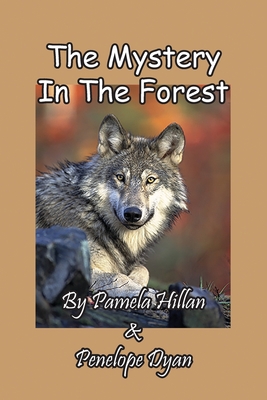 Pamela Hillan and Penelope Dyan are lifelong friends who used to like to pretend they were in a Nancy drew book when they were kids. As it turned out, when they were all grown up (and then some) they decided to keep right on pretending And this is how the Jan and Jenny Mystery Series began

Penelope Dyan became a teacher, a published writer, a vocalist and a mother and an attorney, while Pamela Hillan became a mother and a court reporter . . . and then finally everything went back to what it was before all of that happened, and then the Jan and Jenny Mystery Series was born

It was their combined lifelong experiences, and their love for animals and the law, along with their concern for endangered species, that lead to the creation of this latest book in the Jan and Jenny Mystery Series, that began with "The Mystery On Burgundy Street".

This is the thirteenth book in this series, and Jan and Jenny are out to save the wolves as they begin a new adventure in Montana. Jenny's Aunt Vi is with them and Jan and Jenny, now in their teens, make new friends, and reunite with an old friend, attorney Wright. Take part in the excitement, as you travel through the pages of "The Mystery In The Forest", and find out what Jan and Jenny experienced and why what they did was so important.