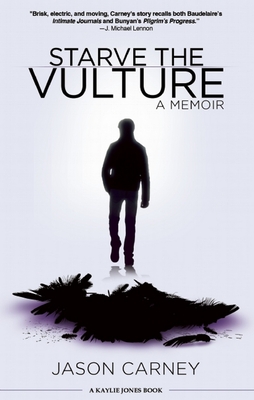 "Jaunty, frank, and compelling, Carney shares his instructive story with generosity and insight."
--Booklist "Carney will easily win sympathy for his life, in which he has persevered to show others the hard work of his salvation."
--Kirkus Reviews "Thanks to Carney's long career as a poet, there are some truly beautiful, enthralling passages that make the book a real page turner."
--LitReactor "Carney weaves beautiful imagery into each scene, pulling the reader down the rabbit hole with him. His voice is raw and honest, similar to his poetic voice if you've had the good sense to have listened to him read before. With a deft hand, Carney takes what could be a kaleidoscope of agony, a narrative too hard to absorb, and softens each blow with his gentle prose."
--PANK Magazine "It seems impossible to me that a reader could fail to be gripped by Carney's straightforward, vulnerable voice, which is able to imbue the harrowing events of his life with beauty, humor, and deep meaning."
--Hippocampus Magazine "A story of tremendous courage and creativity in overcoming."
--Poet Victoria "Before he was a sex-addict-crackhead-boozer-porn-salesman sliding downward in the Dallas demimonde, Jason Carney was a poet, a lowlife who prized his thesaurus as much as his speed pipe...He made it out, and Starve the Vulture tells how he did it, how poetic ecstasy trumped sordid pleasure. Brisk, electric, and moving, his story recalls both Baudelaire's Intimate Journals and Bunyan's Pilgrim's Progress."
--J. Michael Lennon, author of Norman Mailer: A Double Life "While everyone with a pen claims to have been to hell and back, Jason Carney crafts his own harrowing perdition with a singular voice that is brash, unflinching, and eerily poetic."
--Patricia Smith, author of Shoulda Been Jimi Savannah "As Jason Carney takes himself from transgression to transcendence, he takes us with him. What starves the vulture will feed the reader."
--Daphne Gottlieb, author of 15 Ways to Stay Alive The latest from Akashic's Kaylie Jones Books imprint. A lyrical, mesmerizing debut from Jason Carney who overcomes his own racism, homophobia, drug addiction, and harrowing brushes with death to find redemption and unlikely fame on the national performance poetry circuit. Woven into Carney's path to recovery is a powerful family story, depicting the roots of prejudice and dysfunction through several generations.

Jason Carney, a poet, writer, and educator from Dallas, is a four-time National Poetry Slam finalist and was honored as a Legend of the Slam in 2007. He appeared on three seasons of the HBO television series Russell Simmons Presents Def Poetry. Carney has performed and lectured at many colleges and universities as well as high schools and juvenile detention centers from California to Maine. Starve the Vulture is his memoir. Kaylie Jones (editor) is the award-winning author of five novels and a memoir. She teaches writing at two MFA programs and lives in New York City.