Knowledge of the Holy (Hardcover) 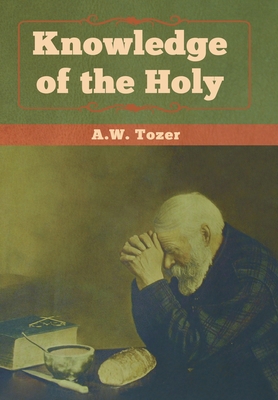 Tozer hailed from a tiny farming community in western La Jose, Pennsylvania. He converted to Christianity as a teenager, in Akron, Ohio; while on his way home from work at a tire company, he overheard a street preacher say, "If you don't know how to be saved ... just call on God, saying, 'Lord, be merciful to me a sinner.'" Upon returning home, he climbed into the attic and heeded the preacher's advice.

In 1919, five years after his conversion and without formal theological training, Tozer accepted an offer to serve as pastor of his first church. That began 44 years of ministry, associated with the Christian and Missionary Alliance (C&MA), a Protestant Evangelical denomination, 33 served as a pastor in a number of churches. His first pastorate was in a small storefront church in Nutter Fort, West Virginia. Tozer also served as pastor for 30 years at Southside Alliance Church, in Chicago (1928 to 1959), and the final years of his life were spent as pastor of Avenue Road Church, in Toronto, Ontario, Canada. In observing contemporary Christian living, he felt the church was on a dangerous course toward compromising with "worldly" concerns.

Born into poverty, Tozer was self-educated, due to his home situation, and he taught himself what he missed in high school and college. In 1950, Tozer received an honorary Doctor of Letters degree from Wheaton College.

In May 1950, Tozer was elected editor of the Alliance Weekly magazine, now called Alliance Life, the official publication of the C&MA. From his first editorial, titled Quality vs Quantity dated June 3, 1950, he wrote, "It will cost something to walk slow in the parade of the ages, while excited men of time rush about confusing motion with progress. But it will pay in the long run and the true Christian is not much interested in anything short of that." In 1952, he received an honorary LL.D. degree from Houghton College.

Among the more than 60 books that bear his name, most of which were compiled after his death from sermons he preached and articles he wrote, at least two are regarded as Christian classics: The Pursuit of God and The Knowledge of the Holy. Many of his books impress on the reader the possibility and necessity for a deeper relationship with God. (wikipedia.org)