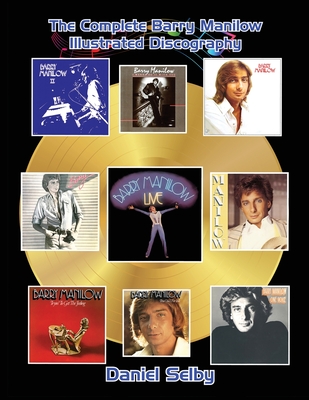 Barry Alan Pincus, better known as Barry Manilow, was born on June 17, 1943 and raised in Brooklyn, New York. From an early age, music was important to Barry. After high school, he studied at New York College of Music and Juilliard. Around 1964 and continuing on for years, Barry wrote jingles for various companies such as Band-Aid, Pepsi, McDonalds, and others. In 1969, Barry signed with Bell Records and recorded several singles as "Featherbed." None of the releases caused any real chart action. On July 7, 1973, Bell Records released the album "Barry Manilow" (Bell-1129) which was the start of a long and productive career that is still going strong today

Daniel Selby has research and compiled the most up to date discography ever published on this remarkable music icon. Complete with foreign releases and rare photographs. Also includes TV appearances and a decade of tour dates Career spanning