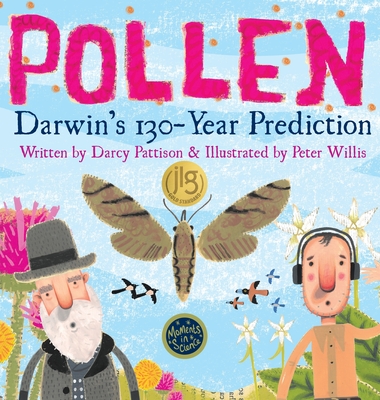 How long does it take for science to find an answer to a problem?

On January 25, 1862, naturalist Charles Darwin received a box of orchids. One flower, the Madagascar star orchid, fascinated him. It had an 11.5" nectary, the place where flowers make nectar, the sweet liquid that insects and birds eat. How, he wondered, did insects pollinate the orchid? It took 130 years to find the answer.

After experiments, he made a prediction. There must be a giant moth with a 11.5" proboscis, a straw-like tongue. Darwin died without ever seeing the moth, which was catalogued by entomologists in in 1903. But still no one had actually observed the moth pollinating the orchid.

In 1992, German entomologist, Lutz Thilo Wasserthal, Ph.D. traveled to Madagascar. By then, the moths were rare. He managed to capture two moths and released them in a cage with the orchid. He captured the first photo of the moth pollinating the flower, as Darwin had predicted 130 years before.

This exciting series focuses on small moments in science that made a difference.