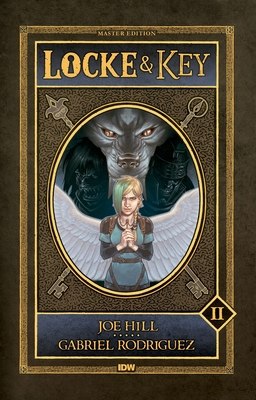 This is book number 2 in the Locke & Key series.

Now a Netflix Original Series! Named a "modern masterpiece" by The A.V. Club, the crticially-acclaimed series Locke & Key takes on new life in a reformatted hardcover collection. Volume 2 features the third and fourth L&K arcs, Crown of Shadows and Keys to the Kingdom, with all-new cover art and design by co-creator Gabriel Rodriguez.