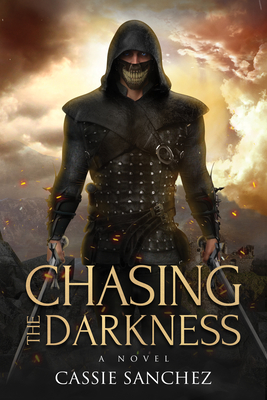 
On Our Shelves Now
Chasing the Darkness is a story about vengeance and redemption and takes place in a land called Pandaren where there are two types of people - those with magic, Spectrals, and those without.

Azrael, obsessed with revenge and power, undergoes a procedure giving him magic, but an unexpected side effect causes him to feel emotions he's blocked for years. As an assassin and second in command of the Watch Guard, he has become a liability. Azrael is betrayed by his team and rescued by the people he's hunted. He learns his beliefs and purpose are based on lies and has to choose the path of vengeance or the road to redemption. Chasing the Darkness entertains readers who enjoy character-driven stories with twists and turns. Chasing the Darkness is a fast-paced novel with magic, sword fights, and romance that keeps readers turning the page. The underlying themes, besides redemption, include forgiveness, sacrifice, and learning that one's worth is not defined by one's past.