On the Cost of Capital (Hardcover) 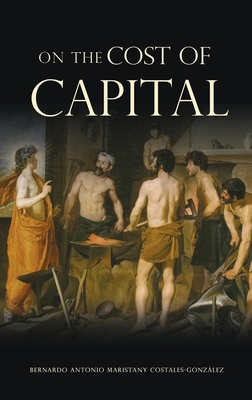 On the Cost of Capital (Hardcover)

This work does not necessarily prove or disprove anything. It is an exposition of the current body of more or less accepted thinking on the subject of cost of capital. It is partly an exposition of the logic of the thinking, but it is primarily an exposition of its importance in the context of the world in which this thinking is used.The cost of Capital is closely related to the capital investment decision. Two investment evaluation methods predominate (in the literature): The present value and the yield rate of return.Both methods use as accept-reject criterion some interest rate. When using the present value method to evaluate an investment proposal, this interest rate is used to discount the stream of future cash incomes to a reference time, usually the present. The sum of the discounted cash incomes is then compared to the present value of the capital investments, and if the sum is larger the proposal is presumably acceptable.When using the yield rate of return method, the computed rate of return expected from the investment proposal is compared to the mentioned interest rate. If the yield rate of return is higher, the proposal is presumably acceptable.The interest rate being used as accept-reject criterion, in this context, is referred to as the cost of capital. Thus, the utmost importance of the cost of capital. Bernardo Antonio Maristany y Costales-Gonz lez was born in Havana, Cuba, in 1931. His primary and secondary education were studied at The Colegio de la Salle, Vedado, in Havana. He graduated in both tracks, Science and Letters, simultaneously. He graduated in 1949.He earned a Bachelor in the Science of Chemical Engineering at Rensselaer Polytechnic Institute (RPI) in Troy, New York, in1953. He returned to Cuba to work in Soap and Detergents (Crusellas & Co.), in paint manufacture (Sherwin Williams), and also taught Metallurgy and Unit Operations laboratory to Seniors in Chemical Engineering at the University of Santo Tom's de Villanueva, in Havana. He moved with his family to Miami, Florida in 1960. Later he earned an MBA from the University of Delaware in 1969.He moved to Wilmington, Delaware in 1962., He worked with then Atlas Chemical Industries in their Corporate Economics Department. He moved in 1965 to Baton Rouge, LA to work in Economics with Ethyl Corporation.