When the Legends Die: The Timeless Coming-of-Age Story about a Native American Boy Caught Between Two Worlds (Paperback) 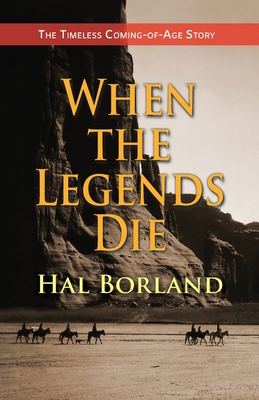 When the Legends Die: The Timeless Coming-of-Age Story about a Native American Boy Caught Between Two Worlds (Paperback)

A Young Man's Search for Identity and His Native Culture

Thomas Black Bull was raised in the old ways of his Native American ancestors, off the reservation in the mountainous wilderness of southern Colorado. When tragedy tears him from everything he knows, Thomas is thrust headlong into modern American life. Parents gone, he learns a different way of life and works the regional rodeo circuit, but it fails to fulfill him. While tempted by the tug of "civilization," he is called to his native Ute heritage, and Tom's journey comes full-circle.

With keen insight, Hal Borland portrays a man's struggle to find his identity in a society that sees him differently. When the Legends Die paints a rich and moving portrait of the rugged American West against the vivid backdrop of the beautiful southwestern landscape.