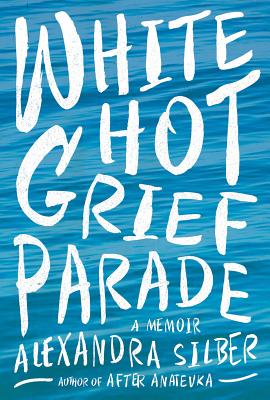 A powerful and luminous story of grief and coming-of-age and a beautiful tribute to the relationship between a father and daughter.

Alexandra “Al” Silber seems to have everything: brilliance, beauty, and talent in spades. But when her beloved father dies after a decade-long battle with cancer when she is just a teenager, it feels like the end of everything. Lost in grief, Al and her mother hardly know where to begin with the rest of their lives.

Into this grieving house burst Al’s three friends from theatre camp, determined to help out as only drama students know how—and they’re moving in for the duration. Over the course of that winter, the now five-strong household will do battle with everything Death can throw at them—meddling relatives, merciless bureaucracy, soul-sapping sadness, the endless Tupperware. They will learn (almost) everything about love and will eventually return to the world, altered in different ways by their time in a home by a river.

Told with raw passion, candor and wit, White Hot Grief Parade is an ode to the restorative power of family and friendship—and the unbreakable bond, even in death, between father and daughter.

Alexandra Silber is an actress and singer who starred most recently as Tzeitel in the Broadway revival of Fiddler on the Roof. She earlier played Hodel in the same show in London’s West End. Those two roles inspired her to write After Anatevka. Her other Broadway, New York, and West End credits include Master Class, Arlington (Outer Critics Circle nomination), Carousel (TMA Award and Ovation Nomination), Kiss Me Kate, and Hello, Again (Drama League nomination). She received a Grammy nomination for her portrayal of Maria in the recording of West Side Story with the San Francisco Symphony. She has appeared on all three incarnations of "Law & Order” and has performed in a variety of concert outlets including the 57th Grammy Awards, Royal Albert Hall, and Carnegie Hall. She lives in New York.

Silber has written a rare showbiz memoir that holds more value for the writing than the celebrity name-dropping or rags-to-black tie trajectory. A witty and wise book.

If successful marks of a fond familial memoir include admiration and an intense sentiment of communal loss, Al Silber's White Hot Grief Parade knocks it out of the park. Silber's memoir is lovingly told and teems with magic.


Though the subject matter of the memoir is heavy, Silber's tone is full of optimism and irreverence, effectively keeping readers engaged as they travel through their darkest thoughts. A sardonic memoir full of unexpected anxieties—and familial love.

An inherently fascinating and deeply personal memoir written with an impressive candor and a genuine flair for narrative storytelling.

A remarkable tale of resilience, recounted by Silber with a spry inventiveness and deep sense of gratitude. This powerful and poignant memoir achingly reveals the many burdens facing those who lose a loved one, from the ways memories crop up unexpectedly to the small victories of learning to live again, offering hope for renewal.

Gifted storyteller, brilliant thinker, accomplished actor: Alexandra Silber is a consummate artist with a luminous voice on stage and page. A veteran of Broadway and the West End, Silber has performed in productions ranging from Fiddler on the Roof, Master Class, and The Woman in White to My Fair Lady, Murder on the Orient Express, and Carousel. In other words, she boasts an impressive resume that has enabled her to get to know a host of dynamic, singular characters. But Silber hasn’t been contented with just acting out other people’s stories—she has chosen to write her own stories, too. From Broadway to bookstores, Silber is at home wherever she gets to tell a good story.


White Hot Grief Parade is one of those extraordinarily rare, super special books that I immediately put into a safe, sacred space because I know I will return to it again and again: when I need a story of resilience, when I need to laugh, when I need to lose myself in a brilliant story, when I need to feel creatively inspired by a delightfully inventive writer, when I need emotional catharsis. Silber's prose is so vivid you feel like you're watching a movie, and so personal you feel like she's sitting the bar next to you late at night, indulging every one of your 'So then what happened?' prompts. It is a gift to spend time in her authentic, gentle, witty company while devouring this gorgeously raw book, and I highly recommend it to anyone who craves bold truth telling from one of the clearest and most captivating voices I've ever read.

— Mari Andrew, author of the New York Times bestseller 'Am I There Yet?'

White Hot Grief Parade is as beautiful and honest look at the experience of losing a parent at one of the most influential years in a young person’s life. It’s both heart-warming and heart-wrenching—and often funny—as well as all of the other things that come with the chaotic moments that surround the death of someone you love. Having lost my mother at a similar age, I wish I had Ms. Silber’s inspiring story and words to let me know that I was not alone.