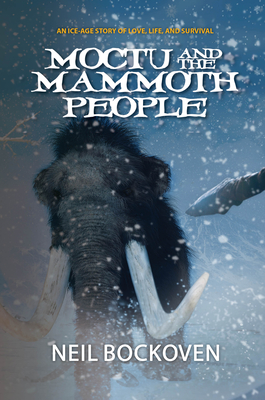 Moctu and the Mammoth People is a compelling, well-researched story of a strong, young, dark-skinned Cro-Magnon boy who must fight his rival for leadership of his tribe and the right to mate the beautiful Nuri. Additionally, Moctu has confrontations with the Pale Ones, a fierce group of Neanderthals also called the People Eaters, as the two cultures interact in Paleolithic Italy 45,000 years ago. Besides having dangerous encounters with mammoths, wolves, and saber-tooth tigers, Moctu has to deal with his older rival, Jabil, who fights and undermines him at every opportunity. After Jabil murders several elders who go against him, he deftly shifts blame onto the Pale Ones. He takes over as the tribe's leader and makes Moctu's life miserable. On a hunting trip, Moctu is captured and enslaved by the Pale Ones. While with them, Moctu is shocked to discover that, although these primitive people know little about spear-throwers or making clothes, they can make fire, and he learns the skill. He meets the blond and fair-skinned Effie and over time, he recognizes that his hate for the Pale Ones was misplaced. Realizing that Nuri by now has been mated to Jabil, Moctu falls in love with Effie and has a child. But when he uncovers evidence that Jabil murdered his tribesmen, Moctu knows he must return home and mount a challenge. In the interim, Nuri has had to deal with emotional and physical adversities including coming of age and being mated to a man she despises. When Moctu returns, can he overcome Jabil? How will Nuri react? The interspecies conflict may also get Moctu or Effie killed.

Neil Bockoven is an award-winning PhD geologist and journalist with thirty-five years of experience in the industry. He has been featured in Geological Society of America Bulletin, Association of Petroleum Geologists Bulletin, Virginia Journal of Science, and many other scientific journals. He is a sought-after speaker on paleo human topics at geological and anthropological societies all over the USA. He is a member of the Archaeological Institute of America, the Archaeological Conservancy, the Leakey Foundation, and is an Impact Member of the Center for Study of the First Americans. Neil attended the College of William and Mary, where he was a member of the state champion swim team, and received a Bachelor of Arts. He went on to the University of Texas at Austin, earning a masters and doctorate. He has published articles on topics as diverse as the geology of huge volcanic calderas of the Sierra Madre Occidental Mountains of Mexico to sexual dimorphism in Astarte clams. His current interests center on the interaction between Early Modern Humans and Neanderthals during the Paleolithic Age, and the amazing related discoveries being made through archaeology and ancient DNA analysis. In addition to Moctu and the Mammoth People, he has published a related children's book titled When We Met Neanderthals. For more about Neil Bockoven visit his website at www.neilbockoven.com.