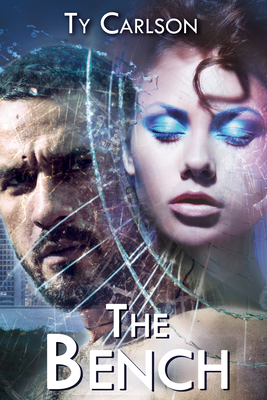 Upon receiving a strange invitation in the mail, Evan Reader is suddenly faced with a choice: either continue living his drab existence or risk the hope of change.
The invitation details an intricate process involving the memory chip imbedded in his arm. A process which would allow him to speak with his wife, Meredith, who died in a tsunami four years ago. Evan's desire to see the childhood sweetheart he married overwhelms his doubts and he agrees to it. Where previously the pain and dread had stopped him from moving on from his grief, he's now forced to face memories and emotions that he's avoided since her death. He also rediscovers those other emotions - love and connection - both of which he refused to believe he was worthy to experience.
But when the digital representation of his wife begins to reveal memories that he doesn't have, he suspects there may be a glitch in the program. He must then decide to either stop the process and return to his lonesome life, or embrace the parts that help explain the feelings of emptiness. He decides to continue and his initial hesitation is cast aside when he realizes that his loneliness can only be solved by talking through the pain with his wife, reliving some of the most difficult parts of his life.
While Meredith begins to fill in the gaps of what he believed was infallible truth, their conversation reveals that not only are his memories incomplete, but that he's missing the most important parts.