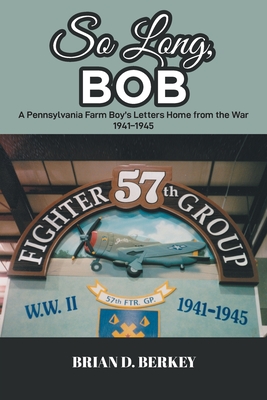 In November 1941, the war that had been raging in Europe since 1939 and in China since 1937 was coming closer and closer to the United States. The US had instituted the draft in 1940 and on November 4, 1941, more than a month before the attack on Pearl Harbor, the war came home to the family of Annie and Harvey Berkey on their farm near Elton, PA. That was the day when their middle son, Bob, received his draft notice. This book presents something of their experience of the war through a compilation of the letters that his family received from Bob as well as entries from Annie's diaries and the headlines and articles from their local newspaper, the Johnstown Tribune. It is a story of how an ordinary farm family from the hills of western Pennsylvania coped with the extraordinary circumstances of being caught up in a global conflict.