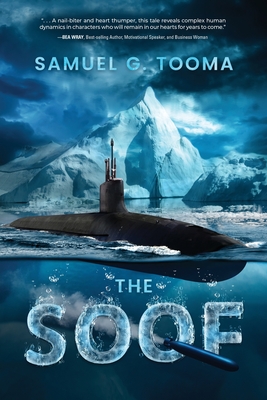 Dr. Samantha Stone, a civilian environmental scientist, is thrust into the middle of the male-dominated nuclear submarine world when the president tasks her to help plan a suicide mission in the Sea of Okhotsk. The objective: to locate and destroy a top-secret Russian command and control facility called the SOOF.

The SOOF has been built out of sight, under the waves and sea-ice canopy of the Okhotsk, to support a Russian military coup that has been in the works for ten years-a coup that is only the first step on the path to world domination. Critical to both sides, the SOOF must be destroyed to prevent catastrophe, and failure is not an option. To accomplish this daunting task, a submarine, a platoon of Navy SEALs, and Samantha are required. Though submarine commander Captain Ira Coen initially doubts her abilities, it soon becomes clear that Samantha is essential to the success of the mission.

The ensuing Okhotsk operation is fraught with surprises and life-threatening situations as Ira's submarine tactical skills and Samantha's environmental knowledge are tested to the fullest against seemingly impossible odds-with the fate of the entire world hanging in the balance.