Combat to Conservation: A Marine's Journey through Darkness into Nature's Light (Paperback) 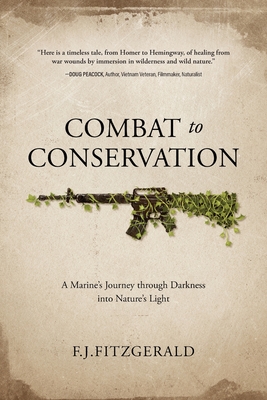 In 1970, after growing up in the woods and fields of Southeast Minnesota, Francis Fitzgerald finds himself as a young Marine in the middle of one of the longest and bloodiest conflicts his country has ever fought. Thoughts of college and becoming a game warden are gone as daily life becomes a battle of survival. Hot jungle sun, monsoon rains, snakes and leeches, and the ever-present threat of enemy ambushes take a toll on a nineteen-year-old's mind and body. But the biggest battle looms ahead.

How does one heal the body and soul after living in that unimaginable world? No one is ever the same. Is anything worth the fight anymore? In Combat to Conservation, Fitzgerald explains how wilderness became his closest ally, his medicine, and his only hope.