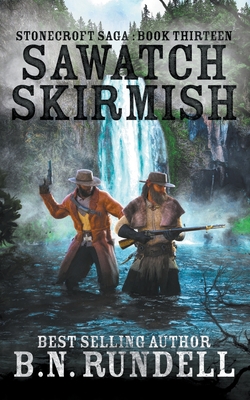 BLOOD, LUST, AND GREED SEEMED TO LAY IN WAIT FOR THE UNSUSPECTING TRAVELERS.

What started as a visit to the families of the women turned into a fight with renegade Aps alooke warriors. But that was just the beginning of the battles...

After a friendly encounter with the Yapudttka Ute, their journey would take them into the middle of a fight between the Mouache Ute and an expedition of gold hungry Spaniards. The prospectors traveled across the southern tier of the land known as New Spain in search of the Seven Cities of Cibola - the same cities of gold once sought by Coronado - now thought to be in the headwaters of a river in the Sawatch mountains of the Rockies.

When the leader of the Spaniards tries to enslave the band of Utes to dig for gold, it starts a bloody battle. But when Gabe and company learn about captives and the treatment of them as slaves that does not sit well with Ezra who will fight any form of slavery wherever it is found.