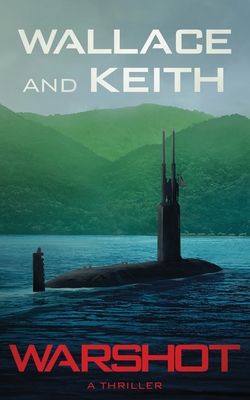 When an unimaginable fortune is discovered at the bottom of the sea, the US Navy must navigate the treacherous waters of greed, corruption and espionage to stop a worldwide catastrophe.

"Another explosive installment in the Hunter Killer series, Warshot is further proof that Wallace and Keith are the finest authors of modern submarine thrillers." -Jason Kasper, USA Today bestselling author of The Enemies of My Country

Trillions of dollars' worth of gold. Enough to launch an ambitious nation to a position of global primacy... permanently.

It lies on the floor of the Pacific Ocean in hotly contested territory, and its discovery might be the spark that finally ignites a powder keg of long-simmering political and military antagonism.

China races to claim the territory and the gold, but corrupt leaders within the power-hungry nation commit increasingly brazen acts of violence; willing to risk destabilizing the region, and even a world war, for the chance at finally achieving world preeminence.

Commodore Joe Glass and the US Navy move swiftly to intervene. Submarines and SEALs deploy with haste, bringing cutting-edge technology, naval assets, and highly advanced fighting units into an increasingly tense standoff. Their mission: to prevent a global war and to protect the sovereignty and safety of those caught in the middle of the historic power-grab.

But the enormous treasure lies in some of the deepest waters on the planet. Laying claim is only the first step. The gold must be retrieved. And when disaster strikes, adversaries and enemies must come together for one of the most spectacular and dramatic deep-sea rescues ever attempted.

Warshot is the sixth book in the Hunter Killer Series.

"As a former submarine officer, Warshot made me feel like I was right back in the control room of a US Navy nuclear-powered fast attack." -David Bruns, author of Command and Control