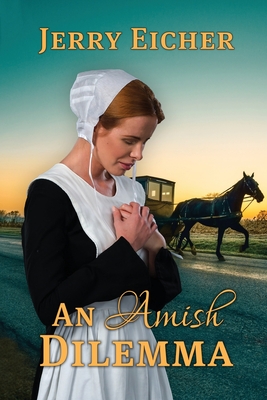 Her Heart Was Broken by Young Love Now she was waiting, but waiting for what? There would never be another Wilmer. Never There couldn't be. No face would grip her heart like Wilmer's had. With his lopsided grin. His lop of loose hair floundering about his forehead, hanging at an angle from his cow lick. She would never forget Wilmer. Waiting wasn't going to solve the problem. Neither did weeping or crying or turning down dates from eligible Amish men. She had to say yes to Robert. She had to because he was a decent man. A poor excuse to begin dating a man, but the situation couldn't be helped. If she must marry a man, Robert was the best choice.

Rose took a step toward the house but stopped mid-stride when a vehicle appeared with the turn signal on. Likely someone was arriving to see Daett. Rose waited and waved as the pickup truck turned into the driveway. A young English man was driving-a handsome young English man. He looked like a farmer, but she had never seen him before. Rose felt the urge to run into the house, but she held her ground. She had met and spoken to English men before. There was nothing to fear from this encounter.