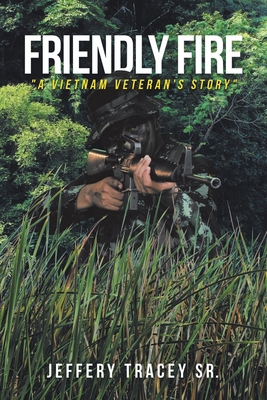 Friendly Fire: A Vietnam Veteran's Story is based on a true story. Friendly Fire is a gripping veteran's story of how the Vietnam War impacted a seventeen-year-old and his family. It tells about a boy's rebellious acts against his father, how his rebelliousness led him down the path to being sent to the military, and how he became an enlisted soldier in the army during the height of the Vietnam War.

It tells how a seventeen-year-old boy deals with his emotions of being sent to Vietnam. It tells about how soldiers react when met with the enemy in Vietnam.

It then tells of the struggles he faced when he returned back home to the States, the bouts of great depression he faced, and the inner strength he had to have to overcome his depression. Friendly Fire: A Vietnam Vet's Story is based on one soldier's story about the Vietnam War and how it affected him and his family.