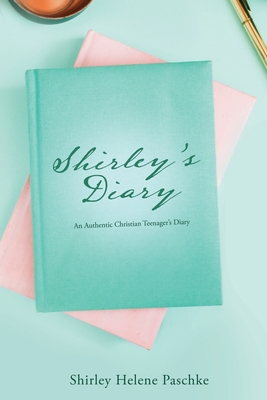 
Usually Ships in 1-5 Days
My book is a diary of my teenage years that I wrote from 1962 to 1965, I was a very candid writer. Every thought and emotion was duly noted. I went through many friends and complained that I was alone. I had 4 brothers and 3 sisters but I didn't see them as close. I doubted my faith but finally had a testimony to give and a recognition that following God was the only way to live. My Mother and I had serious difficulties; but she turned out to be very close and loving to me after I grew up. I finally did get married, but not to one of my many crushes. My name is Shirley Dahlgren and I grew up in a Prairie town, Morris, Manitoba. We lived on a farm 1 mile West and 1 mile North. We lived next to the Morris River which would flood ever so often. I like watching movies and classical music on YouTube. Also, I love to travel. I've been to such places as New York, the Black Hills and Disney Land and Universal Studios in the U.S. I also went to Europe, Sweden, Russia, India, Israel, Cuba and Mexico. My parents went to Desert Hot Springs every winter.