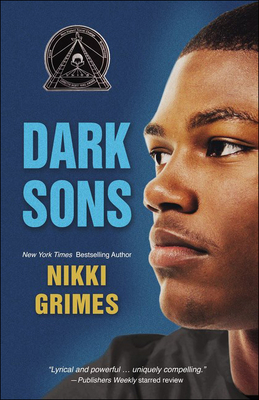 A guy whose father ripped his heart out too.

You and me, Ishmael, we're brothers, two dark sons.

Destroyed, lost, and isolated, the perspectives of two teenage boys--modern-day Sam, and biblical Ishmael--unite over millennia to illustrate the power of forgiveness.

"Grimes's commanding metaphors (Look at you, mother, / trembling, / a bowshot away, / your tears/ the only water/ for miles, says the exiled Ishmael), authoritative style, and complex characterizations are uniquely compelling." --Publisher's Weekly starred review

"The simple words eloquently reveal what it's like to miss someone ... but even more moving is the struggle to forgive and the affection each boy feels for the baby that displaces him. The elemental connections and the hope ... will speak to a wide audience. --Booklist starred review