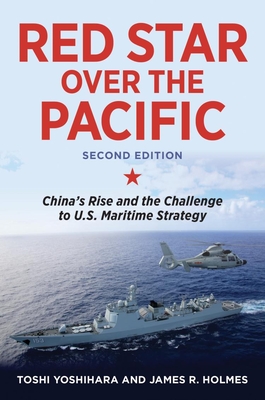 Combining a close knowledge of Asia and an ability to tap Chinese-language sources with naval combat experience and expertise in sea-power theory, the authors assess how the rise of Chinese sea power will affect U.S. maritime strategy in Asia. They argue that China has laid the groundwork for a sustained challenge to American primacy in maritime Asia, and to defend this hypothesis they look back to Alfred Thayer Mahan's sea-power theories, now popular with the Chinese. The book considers how strategic thought about the sea shapes Beijing's deliberations and compares China's geostrategic predicament to that of the Kaiser's Germany a century ago. It examines the Chinese navy's operational concepts, tactics, and capabilities and appraises China's missile force. The authors conclude that China now presents a challenge to America's strategic position of such magnitude that Washington must compete in earnest.

"The renowned British geopolitical theorist Halford Mackinder wrote that great statesmanship requires 'geographical capacity' and 'an insight into the minds of other nations'.... American statesmen who want to develop these qualities to approach the 21st-century world should consult the new edition of Red Star Over the Pacific, written by Toshi Yoshihara of the US Centre for Strategic and Budgetary Assessments, and James Holmes of the Naval War College in the state of Rhode Island. The book combines brilliant geopolitical insight, a careful review of Chinese naval writings, and a thorough knowledge of Chinese and American naval weapons systems, tactics and strategies - both historical and contemporary." -South China Morning Post