Rush: Wandering the Face of the Earth: The Official Touring History (Hardcover) 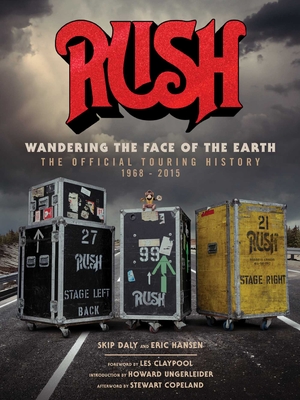 Fondly known as the Holy Triumvirate, Rush is one of the top bands to shine through rock-and-roll history. Wandering the Face of the Earth covers Rush’s storied touring career, from their humble beginnings as a Toronto-area bar band playing middle school gymnasiums to their rise as one of the world’s most sought-after live acts, selling out massive arenas around the globe. This book includes every setlist, every opening act, and every noteworthy moment meticulously researched and vetted by the band themselves. Along with spectacular, never-before-seen imagery, this is THE must-have tour compendium for Rush fans.

RICHARD BIENSTOCK is a journalist whose writing has appeared in the New York Times, Rolling Stone, Billboard, Spin, and other publications. He is a former senior editor of Guitar World magazine and executive editor of Guitar Aficionado magazine. He has authored several books, among them Kurt Cobain: Montage of Heck and Nothin' But a Good Time: The Uncensored History of the '80s Hard Rock Explosion.