Zeckendorf: The autobiograpy of the man who played a real-life game of Monopoly and won the largest real estate empire in history. (Paperback) 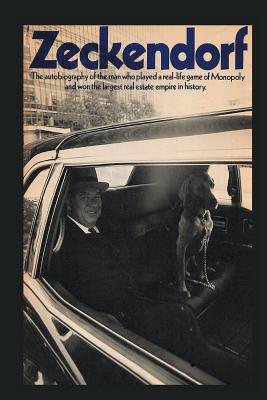 Zeckendorf: The autobiograpy of the man who played a real-life game of Monopoly and won the largest real estate empire in history. (Paperback)

Not since the days of the Louisiana Purchase has America seen any bigger real estate transactions than those executed by William Zeckendorf, the derring-do head of Webb & Knapp. Figuring with supersonic speed and an uncanny flair for making money, the flamboyant impresario bought and sold property, remodeled whole sections of New York, Denver, Washington, Montreal and Dallas, and moved the UN, the capital of the world, to New York. At the peak of his power, William Zeckendorf was a man with the Midas touch in an age of computers. From his windowless teakwood igloo office set in a white marble lobby, William Zeckendorf played a real-life game of Monopoly and won the largest real estate empire in the world - so large, in fact, that Wall Street tottered when he went bankrupt. And bankrupt he was, but never in spirit. An autobiography bursting with vitality, enthusiasm and financial know-how, Mr. Zeckendorf reveals himself as a visionary whose creativeness and sense of adventure are matched only by his unalloyed joy at being able to successfully juggle a dozen incredibly complicated transactions at once. The spectacular Mr. Zeckendorf, who has fished for piranhas in South America and sold ships to the Greeks at profit, comes to life in this autobiography. You will not want to miss meeting him.