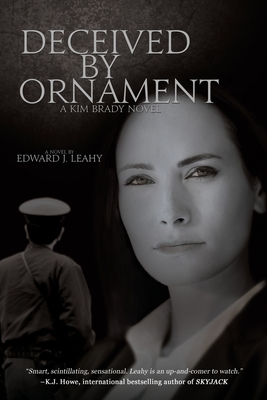 "Deceived by Ornament is a thoroughly New Yorkie novel authored by a proud New Yorker on a creative roll." -Gillespie Lamb, The Junkyard Dick

Detective Kim Brady must find the killer of Mariano Avila, beloved community activist and immigration lawyer in Brooklyn. The only eyewitness, Amara, a fifteen-year-old undocumented escapee from a human trafficking ring, has described the killer as wearing a police uniform. Kim discovers the details of the murder match those of a cold case from several months earlier.

Saddled with a partner who is an unqualified rookie cop forced on her unit by a local state senator with mayoral aspirations, Kim's investigation is micromanaged from above. She soon finds herself in a maelstrom of competing jurisdictions and interests as she struggles to determine if the killer is a cop or an imposter, whether he is a serial killer or part of a larger domestic terrorist plot.

When she discovers that a close friend of the victim in the cold case, Rafer Harwood, is part of an anti-immigrant militia suspected of planning a major terror event, she can explain the second murder but not the first. She must protect Amara and find both the killer and the real leader of the militia.