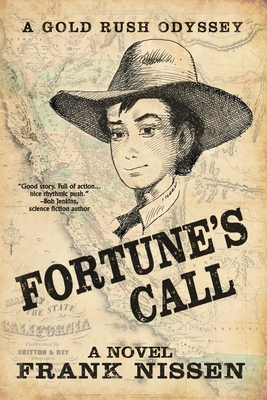 What begins as a high-spirited jaunt west to claim easy riches becomes a grim race for survival. Pegg is only 13 when he and his father set off for the gold fields of California. But by the standards of the 1840's, he's on the verge of manhood. Unfortunately, the third person in their party, Fred Hoyt, is a city slicker who is of little help on the trail. Worse, he proves to be unreliable, with a dangerous habit of making rash decisions.

Even as Pegg struggles to fulfill his father's dream of a better life for their family, Hoyt's every move jeopardizes his chances. Can Pegg muster the courage and perseverance to not just survive, but to succeed in the lawless frontier?