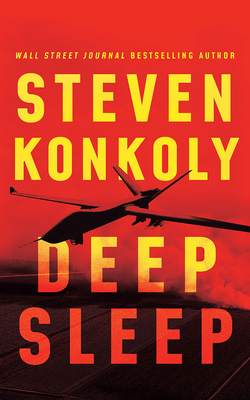 Stopping the most dangerous conspiracy to ever threaten America means believing the unthinkable in an explosive novel by Wall Street Journal bestselling author Steven Konkoly.

Countersurveillance expert Devin Gray is unwittingly thrown headfirst into dangerous new territory after the death of his mother. Helen Gray, a paranoid and disgraced former CIA officer, believed she was on the verge of preventing a national catastrophe--a mission worth dying for. Others, including Devin, believe she was chasing delusions. Until he finds what she left behind.

With the help of longtime friend and former Marine helicopter pilot Marnie Young and a loyal team of covert operatives Helen summoned just before her death, Devin is propelled into a high-stakes chase across the country. What he uncovers, clue by clue, is a conspiracy more widespread and insidious than anyone could have imagined.

Now it's Devin's mission to destroy a covert network poised to deliver a fatal blow to the future of the United States. And also to vindicate his mother, by seeing the mission through to its treacherous end.