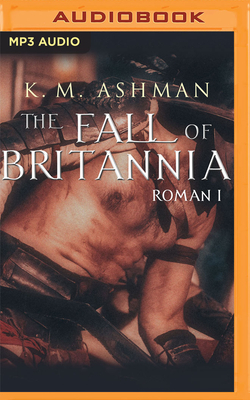 This is book number 1 in the Roman Chronicles series.

The last unconquered stronghold of the Celts and a land of gold and slaves. A dangerous place of men without fear, led by mystical Druid warriors, yet still to face the might of Rome in the unrelenting expansion of the empire.

Four Roman legions have assembled in Gaul undertaking final preparations for the invasion of Britannia. Two young men are posted to a training cohort under the sadistic tutorage of a battle scarred veteran, Remus. The training is brutal, but eventually the trainees find themselves involved in their first campaign.

The invasion of Britannia.

The legions invade in a frenzy of brutality and aggression, and one of the defending Celtic warriors is forced to flee the battle to embark on a frantic rescue mission the isle of Druids where a young girl is due to be sacrificed.

Meanwhile a cohort of legionaries under the command of Remus is tasked with finding the source of the Celtic gold.

The Romans find themselves in strange and unfriendly environment, and, as they close in on their quarry, the fates of all four men become intertwined and a long held secret revealed, culminating in a savage and astonishing climax that affects the very future of Britannia....