Diary of a Minecraft Zombie Book 14: Cloudy with a Chance of Apocalypse (Paperback) 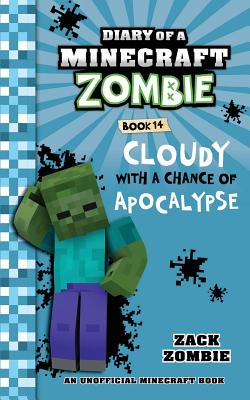 Diary of a Minecraft Zombie Book 14: Cloudy with a Chance of Apocalypse (Paperback)

This is book number 14 in the Diary of a Minecraft Zombie series.

It seems puberty hits zombies a lot differently than humans.

And Zombie is going through some major changes.

But somebody forgot to tell Zombie that mutating is part of growing up. So he's up to his eye sockets in drama.

But he isn't the only one that's changing. There's a volcano that is threatening to blow Zombie's village off the map.

But will he be able to stop his metamorphosis in time to save his village?

Jump Into this Zany Minecraft Adventure and Find Out