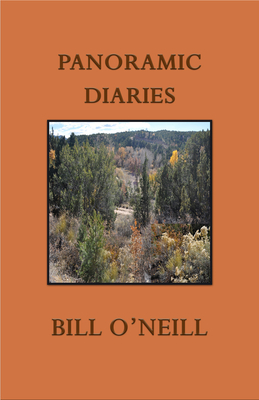 Fiction. In this picaresque first novel, the protagonist moves from a rebellious existence to be more focused in the surrounding adult world. As he heads once more to the freights, after working intensely for seven years with parolees in a halfway house, he brings his old railroad diaries with him. Reading them over as he bounces from railyard to railyard, framed by the scenery of the Southwest, he winces at his own self-absorption back then, the shame he feels about his own privilege, and the deep insecurity about his sexual worth. The path forward takes shape when he meets Kit, and they embark on a romance that parallels his becoming who he is.

"I've long thought that Bill O'Neill might be the most interesting man in New Mexico. His first novel, which overflows with joyful prose, is part Jack Kerouac, and part Denis Johnson. This is a frantic and fabulous ride that requires a seatbelt."--Rus Bradburd

"NBA guards zig zag, fake, crossover, lunge back and up, blitz by the power forwards and looming giant centers, driving it to the basket--in so many words, that's what this book does, it drives straight in and scores. Read it, devour every word, mull on it, I promise you, you'll enjoy it, you'll even call friends to buy it too--it's that kind of book."--Jimmy Santiago Baca