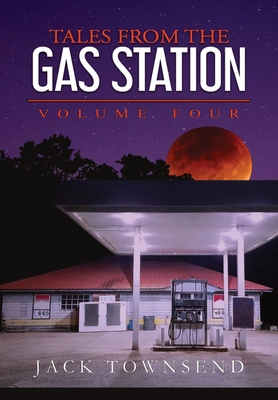 As the new owner of the worst business in history, Jack has a lot on his plate. His self-appointed "biggest fan" wants to finally meet, and won't take no for an answer. The annoying cultists are back and cultier than ever. Plus, there's a creature living under the building's crawlspace that must be fed regularly (or else).

To top it all off, the entire town's collective memories have been haphazardly rewritten, and Jack's placement in these recollections are decidedly unflattering.

Fortunately, he has help. There's Jerry - who's always willing to lend a hand (or a sword-bat, if the situation calls for it). Rosa - who secretly contains the incredible powers of a dark god. And the new guy - a deadly doppelg nger with terrible people skills.

But Jack's best efforts to stay out of trouble are torn asunder when a serial killer emerges in his small town, leaving a trail of clues that points straight to him. Too bad his best hope of clearing his name, the new sheriff Amy O'Brien, had all her memories of their friendship completely erased.

And worst of all? Jack's high school reunion is right around the corner - just in time for the prophesied end of the world.

With days left until Armageddon, Jack is forced to go on the run, chased by the authorities, an obsessed god, demons of both the metaphorical and literal variety, and not the least of all... his own past.